How do video game characters become fixtures in gaming history? Of course, this has to do with the games themselves – with their staging, story, dialogues and dramaturgy. What really contributes to a game character's charisma is synchronization, though: If the voicing fits perfectly, we'll remember those characters for long.

California-based voice actress Ashley Burch (30) is one of the best-known in the industry. Before she started voice acting, she gained fame via the YouTube channel „Hey Ash, Whatcha Playin '?“, in which she satirized computer games with her brother Anthony. She made a brilliant entry into voice acting in 2012 with the character Tiny Tina in Borderlands 2. This was followed by appearances in Life is Strange (Chloe Price), Horizon Zero Dawn (Aloy), The Outer Worlds (Parvati Holcomb) and many other titles; she also got back in front of the camera in the game comedy series Mythic Quest: Raven's Banquet. Most recently, Burch voiced superhero Kate Bishop in Marvel's Avengers. In the IGM interview, she talks about challenges in voice acting, the professionalization of her line of work and about banter with superhero Thor.

Ashly Burch: I've been playing a lot of ARAM on League of Legends. I have a group of friends that play hours and hours of ARAM so by hanging out with them I've started playing it, too.

IGM: Let's talk about your voice acting for the Avengers game. What did you like best about this job?

Burch: I always loved the character Kate Bishop a lot. And I especially appreciate how funny she is – she has an amazing sense of humor. I really love playing funny characters in games, I've always liked when games have been able to inject humor into their story line.

IGM: What was the biggest challenge in doing this?

Burch: Honestly it was mostly just a joy. Kate's a really fun character – and I really loved working with my voice director Kal-El Bogdanove. With Kate, it's just about balancing her funniness and her level of self-snark and bravado, but also making her feel grounded, being able to sort of sell this sort of tension that she has with the Avengers, this sense of abandonment that she feels from them. So being able to juggle all those different aspects of her personality – that's always the challenge you have to deal with when you're approaching a character. That's how I make this person feel three-dimensional and alive. But Kate was mostly just a joy and really fun to portray.

IGM: So how do you bring this character alive? How do you prepare for a role like that?

Burch: As someone who always liked Kate it was just dialing into my interpretation of her. I had a sense of what her voice might sound like anyway. The writing in this game is really great – so it felt pretty easy to slot into that kind of affect that she has. Kal-El and the developers really let me play with her and make improvisational choices and stuff like that. So I was really able to make her my own – and that made the process really smooth and easy and fun.

IGM: What can you tell us about the job of voice acting in general? You get the role, then you receive the script, prepare for that – and then you go into the booth and record it?

Burch: With this particular game, I auditioned. You generally don't get a script beforehand. With voice acting, we do what's called „cold reading“. You get the script – and you're reading and performing it for the first time at the same time. So it's a particular skill for voice talent that you have to develop. I got a briefing from my director on the day that I arrived. With this project, I sometimes received scripts ahead of time and was able to review them. But it's not like an on-camera project where you're expected to memorize and come off the book. But yeah, there's a bit of calibrating and finding on the day, so you'll do a few lines and you'll kind of find the voice and you'll find the character and make adjustments. And then you're off to the races.

IGM: What's the idea behind cold reading? Wouldn't it be better to have more preparation time?

Burch: That just totally depends. It's different skill sets for different projects. There are lots of games where you'll show up on the day and have the script in front of you for the first time. Voice actors are used to that, we're trained to do that. For other projects, especially with motion capture, you treat it more like a film or play. And we do more prep for those projects. As an actor, you just have a toolbox with different tools in it for whatever particular project. And I think I've developed that tool set over the course of my career, so coming in and cold reading doesn't intimidate me any more, it's just part of the job.

IGM: A character like Kate Bishop is part of pop culture, but there might be other characters that are new and harder to grasp.

Burch: I also write, so I'm able to read and interpret scripts relatively quickly. For example, with a character like Parvati from The Outer Worlds, I've gotten a little bit of direction on the audition before I was cast. So I kind of understood who she was and found her voice before I stepped into the booth to record. And then generally, what can happen sometimes, is that you're finding the character in the first few lines and – and then as you understand her, that depth grows, and then you might even go back to the beginning of what you recorded and pick those things up, now that you've found the character. A lot of it is just having to quickly interpret. So I'll get a brief on the character and understand the context from what she's coming. Kate, for example, she felt abandoned by her family, she felt abandoned by the Avengers. She has that desire for community – and that is sort of the backdrop of all of the stuff that she does. And then she's also very strong and funny and tries to be a lone wolf, and so those things together create who she is. And you sort of bring that into all the scenes that you've had.

IGM: How long does it take to do such a recording?

Burch: Sessions are generally divided into four-hour chunks, depending on how much content there is. All of my sessions for Marvel's Avengers were in four-hour chunks. But if you go faster, of course it takes less time.

IGM: How many sessions were there for Marvel's Avengers?

Burch: A handful? I don't remember exactly how many we recorded. But it was more then just popping in as a guest-player and doing a single session.

IGM: You're also an on-camera actress – so how does your voice acting benefit from that?

Burch: Voice acting requires different skill sets. But fundamentally, to be a good voice actor, you need to be a good actor. So the skill sets that I have as a voice actor can apply to on-camera acting and vice versa, because they're just qualities and attributes that you want to have as a good actor. So while there are certain things like cold reading that are required by voice acting aren't necessarily required by on-camera acting, the fundamentals of creating a good performance are required in either scenario.

Burch: I guess it remains to be seen. There are definitively voice actors that are pretty well-known, like Nolan North or Laura Bailey or Troy Baker. It's an interesting question, and it's one of those things that are hard to predict. We'll see – as games continue to grow in cultural relevance – if that is something that changes. But the nature of voice acting is such that you're sort of meant to disappear a little bit. I always feel like I've done my job if people can't immediately guess that I'm playing the character. I do think there being more involvement of on-camera actors in games is something that will probably continue. And so with that, there could be a situation in which rising tide lifts all boats – and certain ways actors become more visible or more prominent. Because there's sort of a bleed between those two different realms. But I'm not sure. It'll be interesting to see.

IGM: You said that you do a good job when you sort of disappear behind your role. But how much space is there for improvisation in general, for adding additional lines that make it into the final game?

Burch: It depends on the project. There are some projects that are very specific about the script that they have – for any number of reasons. It could be that they have a very strict localization schedule and they can't adjust these lines, so you need to stay to these lines. Or it could be that they have a very specific vision and they don't really want you to deviate from the script. And then there are other games where – if I wanted to throw in an entire line – they wouldn't care. So it kind of depends. It depends on whom you're working with and what their needs are for the production – and what their priorities are for that particular session. The sound editor person might be under the gun, like: „I need only what's written.“ Or they're trying to find the tone of the game and they want you to play – because they want to know where their perimeters are. So it totally depends – and either works, it's just really what the project requires.

IGM: You mentioned that in the case of the Avengers, you were able to add some stuff ...

Burch: Yes, I had a lot of room to try things. Especially in the sections of banter between the different superheroes, they let me play and improv and try stuff to make those scenes as fun as they could be – which was really great. There are these interactions that Kate has with Thor, for example, that I think are really funny – that are just about what kind of superpower he would want and didn't have. Stuff like that – where it feels like you're catching them in a moment where there's nothing life-threatening and where they're just shooting the s*** – those scenes were really really fun. (Achim Fehrenbach) 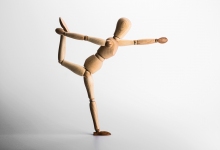 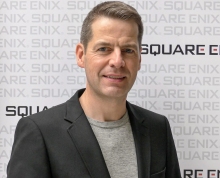 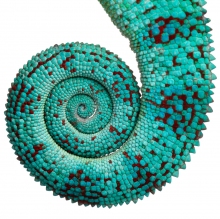