Tim Flaherty, partner at GameMill: "The IP should feel authentic"

Games, movies, series, comics, books: Today, strong brands are present in many media genres. This is exactly where GameMill's business model comes in: The US company takes licenses of well-known IPs – and turns them into games. The third-party publisher was founded in 2012 and is based in Minneapolis. The management team consists largely of former Activision employees. GameMill publishes titles for all consoles, PC and mobile devices, relying on physical distribution. In May, the publisher announced a cooperation with NBG, who will be distributing GameMill's products in Germany, Austria and Switzerland. In our interview, GameMill partner Tim Flaherty talks about pivotal IPs, successful game adaptations and the importance of stationary retail.
Image
Tim Flaherty, partner at GameMill

There are almost 7,300 kilometers as the crow flies between Minneapolis and the small town of Burglengenfeld (Upper Palatinate / Bavaria). For Markus Biehl, whose company NBG is based in Burglengenfeld, the distance between the two locations feels significantly shorter. "In our opinion, GameMill's strategy is perfect," says Biehl happily. "All products have a strong license that is already well known. You don't have to build the brand first, it speaks for itself and has a very large target group.”

According to Biehl, there are regional differences in terms of brand awareness. "But most of the brands are well known in all markets." Biehl emphasizes that he has known the GameMill managers personally for many years. "And when the European market was opened with Simon, a collaboration in marketing GameMill products did immediately suggest itself." Simon Reynolds is VP Sales EMEA at GameMill – and will work closely with Markus Biehl in the future. Meanwhile, GameMill is managed by the three partners Tim Flaherty, Mark Meadows and Dave Oxford. We spoke to Tim Flaherty about his company's strategy.

IGM: Tim, your company GameMill is specialized on turning well-known brands into games. What are your newest and upcoming entries?

Tim Flaherty: We released three games in 2020: Nickelodeon Kart Racers 2: Grand Prix (astragon Sales & Services), Cobra Kai: The Karate Kid Saga Continues (release date for Germany/Austria/Switzerland: June 22, 2021; astragon Sales & Services), and GI Joe: Operation Blackout. For 2021 we have four titles that we will be announcing in July – and from there, you can expect to see regular updates on the games all the way through to their release and beyond.  I can’t say much more than that at this time, but promise that it’s an exciting time for us all!

IGM: Which audiences do your games have?

Flaherty: Due to the IPs that we work with, almost all of our games are family friendly. Games such as Cobra Kai and Nickelodeon Kart Racers 2 appeal to kids and adults alike, due to the ‘pick up and play’ gameplay and popular brand IPs. We also like to release games that can be played together, so you will find multiplayer elements in nearly all of our games.

IGM: According to which criteria does GameMill choose new licences?

Flaherty: GameMill reviews 100s of licensing opportunities each year and selectively chooses opportunities that have large bases of passionate fans and an IP that maps well to the video game space. And of course, our own internal passions and interests are a factor, as well.

IGM: What are the biggest challenges in creating a game around an IP?

Flaherty: We make sure the brand DNA does not deviate too far from the expectations for core fans and casual gamers alike. When the consumer plays the game, the IP should feel authentic and represent what the brand stands for. We also want to make sure the games afford fans a genuinely fun opportunity to engage with the IPs they love. For G.I. Joe: Operation Blackout, for example, we made sure to create a story campaign that let you play as both team Joe and team Cobra to make sure players got a chance to control their favourite characters whether those characters are the good guys or the bad guys.

IGM: How important is it to carry across the look and feel from the movie or tv show to the respective game? How do you make sure it's done properly?

Flaherty: We work closely with the licensors to make sure the games are a true reflection of the IP. All have rigorous approval processes to ensure that the games are an authentic experience for the consumer, and the feedback we consistently get from the people buying the game is overwhelmingly positive. We don’t mind that rigorous process because we want to make sure that those willing to lend out their IP are on board for every step of the process and happy with the final outcome.

Nickelodeon is a great partner for gaming

IGM: Which game studios does GameMill collaborate with?

Flaherty: The key thing for us is matching the studio with the IP – for example, if we sign a motoring IP, we make sure we partner with a studio who has created racing games before.   This way, we get the ‘best in class’ for each game.  We’ve worked with several studios on multiple projects, such as FunLabs, Team6 Game Studios, and Bamtang Games.

IGM: How has licencing changed during the last few years? Has it become more difficult to obtain certain licences?

Flaherty: Due to the way people engage with media now, with all the various on-demand and online services, the biggest difficulty is wading through the large number of IPs available and making sure we pick the right ones. The team behind that have a great track record in doing so!

IGM: Cobra Kai, GI Joe and Nickelodeon Kart Racers 2 are some of most prominent entries to your roster. What makes these IPs so well suited for game adaptation, respectively?

Flaherty: The broad appeal of the IPs is the main thing for us. Cobra Kai, for example, appeals as much to 12–13 year-olds who love the show for its action and ‘coming of age’ storyline, but older gamers love the references to the original Karate Kid movies from the 80s, and it’s a show that the whole family can sit down and enjoy. Likewise, the game is easy to pick up and play, but is also challenging enough for the hardened fighting game fan, so there’s a big audience to reach. Nickelodeon is a great partner for gaming, as they have so many characters, and there is always something going on with them. This year alone there is a Teenage Mutant Ninja Turtles movie, a Rugrats movie, and a new Loud House series, so having a game to feature these characters means we’re always on trend.

Our family-friendly games are ideal gifts

IGM: The licencing business presents a lot of cross-promotion opportunities between movies, tv shows and comics. How do you take advantage of that opportunity?

Flaherty: Every game is different, and we make sure we play to the strengths of the IP.  A great example of this was last year with Cobra Kai – we had the stars of the show, the writers, the composers of the music and the official Cobra Kai social media accounts all shouting about the game, which amplified the message and meant that news of the game reached out beyond the gaming press and to the fans of the show. We also worked with the show and game writers to do an online Q and A, which gave fans insight to how the game’s story came together and how it connected to the show.

Flaherty: We are delighted to be working with NBG to bring our games to the German retail market. They have unrivalled experience in the territory, and their team’s enthusiasm for our games was clear from the first meeting with them.  We’re super-excited about the possibilities open to us with our upcoming new titles!

IGM: How important is the European market for GameMill?

Flaherty: We have always released our games in Europe via licensing partners, and moving to a direct model was part of the company’s strategy to grow our reach further.

IGM: In times of growing digital distribution, how important is stationary retail for GameMill?

Flaherty: Because our family-friendly games are ideal gifts, retail stores still play a huge part in our business.  Whilst online retailers such as Amazon are growing, and digital sales are very strong, retail still plays an important role in our sales, and will continue to for years to come. (Achim Fehrenbach) 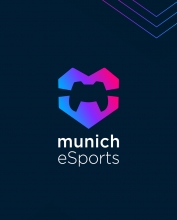